Do diesel claims ads stack up?
We&#39;ve full pros &amp; cons
FAQs Privacy Past Emails Unsubscribe
IMPORTANT REMINDER: Please make sure your posts do not contain any personally identifiable information. If you are uploading images, please take extra care that you have redacted all personal information.
Advent-ures in the MSE Forum... Our Advent calendar is live, helping you discover a new corner of the community each day. Visit the homepage and scroll down

How to stop a dangerous driver? 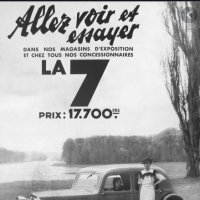 Forumite
30 September 2010 at 8:30AM in Motoring
The son one of our neighbours across the street drives in a dangerous manner. He is driving a fast Golf Gti and one day he will kill someone or himself.

On the A road near our town (A38 in Gloucestershire), in the road leading to our street (Where there was at list one deadly accident last year) he performs very dangerous overtaking, some time overtaking 8 cars in a row on blind spots and I saw him more than once forcing oncoming traffic to swerve toward the road verge.

At the moment there are many tractors on this road due to the harvest and post-harvest season, and this morning he almost drove at what looked like 70 mph to the side of oncoming manure wagon.

This is an everyday pattern during the morning commute. I actually now leaves a bit earlier than him so I can avoid this danger.

who should I report it to? his parents? to the local police? someone down the local told me that the police don't actually do much about these things as they are so common.:eek:
Five exclamation marks the sure sign of an insane mind!!!!!