Do diesel claims ads stack up?
We&#39;ve full pros &amp; cons
FAQs Privacy Past Emails Unsubscribe
Advent-ures in the MSE Forum... Our Advent calendar is live, helping you discover a new corner of the community each day. Visit the homepage and scroll down 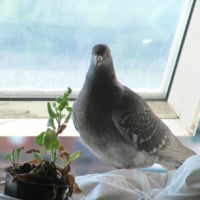 Forumite
1 October 2009 at 5:02PM edited 13 October 2009 at 5:48PM in Old style MoneySaving
well, I can cook complex dishes as needs be, but as I live alone, I don't generally bother... So I thought I'd start a thread for everyone's lazy recipes. I'll start with one that I enjoy. It's tasty, nutricious, quick, cheap and veggie/vegan friendly

Soup- I'll use potato and leek soup as an example. Boil the kettle- while you're doing that, dice up a potato and a leek or two. Chuck in the pan, add the boiling water. Bring to the boil on the hob- once it's boiling, turn the hob off. Add half a veggie stock cube, maybe a garlic clove, and pepper to taste, pop the lid on the pot and leave and go do something else.

about 20 minutes later, the potatoes should be cooked. Blast some/ all of the mixture in a liquidiser, reheat and serve. It's that simple!

You can use this technique with any soups- red lentil and red pepper soup is another favourite. For this one add a diced potato, and a diced fried onion to the peppers and lentils mix, plus the half stock cube and seasoning. I love this one- it's quite sweet and has a lovely rich orange colour. personally, I like it with a lot of chilli- really gets those juices flowing!


Over to you! do you have any favourite lazy tasty recipes? A superquick salad, a carefree curry, a simple but succulent sandwich? Post them here! (no ready-meals though- that's cheating

Personally, I don't cook with meat, but this thread's open to everyone- carni, veggie, vegan...