Pay off mortgage and start having even more fun 😁 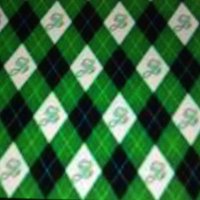 Forumite
1 January at 7:08PM edited 1 January at 7:09PM in Mortgage-free wannabe
Finally after twelve years of part one of this diary it’s time for part two 😆

Heres part one, slightly lengthy now to say the least! https://forums.moneysavingexpert.com/discussion/2408201/pay-off-mortgage-and-start-having-fun/p1
So condensing 12 years into a few sentences….

I joined the mfw board in April 2010, with a pile of debts and a mortgage totalling £171,403 terrible considering the original mortgage before getting into debt was £93k 😱

Dh was shareholder in a company working for his best friend who sadly a few years later passed away, he then took over and over the next few years tried to keep it going. Unfortunately it’s a dying trade that needed a lot of investment. Anyway fastforward a bit and he now doesn’t own the company but manages it, but we do now own the premises (mortgage free) which is now rented to the company he works for, simple 😂  oh and dh has had a pay cut and I’ve been made redundant during the pandemic.
Family has now grown up, our 24 year old dd has finally recently started her dream job which she’s been studying for for years. Our twin sons (21) are also both working full time, one in a great job he loves and one who is killing time really deciding what to do. We have two weddings this year, dd and ds2 who strangely are marrying a brother and sister 😆 weddings are booked and they are paying for it all with contributions from us to help.
Back when I joined I was a sahm who would do just about anything to save money, as I’ve got older I have eased off a fair bit really 🙄 Now it’s not all about the mortgage, we want to get a bit more balance by travelling a bit now the kids are older (I had dd at 22 so we were young!) but I think I do need to keep that budget super tight again as spending on travel should not overflow into spending more on everything else or we will never be mortgage free!
So this years start balance is £64,938 and the target for this year is to pay off £13k and over the next three years pay off a total of £40k.