Crazy Cat Lady Chapter 5 - Trying to recover from the pandemic 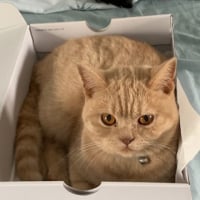 I thought that it was time for me to start a new diary. I've spent the past six months or so getting into some really bad and spendy habits, and my last diary is just reminding me how far off track I've wandered and how low I have put myself down the priority list. Time to draw a line under it all and start again. Fall down seven times - get up eight and all that.

A summary so you don't have to go back and recap the (boring) past five years of my life on here.

Me - forty something, divorced, single, living in my own home with dd (16), ds (12) and 7 cats (for now). I am not in touch with my ex, and nor are the kids - he's pretty much disappeared off the face of the Earth over the past 2 years, and the only way we know that he is still alive is the £29.12 child maintenance I receive every month, which is taken directly from his benefits. I don't know what he's doing, or how he is - and the kids are no longer interested in trying to be in touch with him. It was his choice to remove himself from our lives and not our choice.
I work 2 jobs. I am a full time teacher, and also a senior GCSE examiner. This means I am usually incredibly busy and I have a tendency to get very stressed out with life generally because I'm tired and overworked trying to balance two full time jobs along with being two parents to my kids. I have a diagnosed anxiety disorder and can get really into a rut sometimes but am usually better after a good rest or if I can sort one of my stresses out. I spend very little time on myself and have zero self esteem and hate the way I look. Food and spending are my go to things when life gets a bit much and has led me to the situation I'm currently in with my weight and my finances.

The kids - dd is almost 17, just aced her GCSE's (7x9's, 2x8's and 2x7's). Just about to start sixth form and working part time in a bakery (C00plands for those in the know). Gorgeous kid, never a worry or panic and has managed to save a load of money so she can learn to drive asap.
Other child - ds is almost 13, and also a gorgeous kid. People comment that both of my kids are really well behaved, intelligent and well mannered. Unfortunately I have allowed him to become a bit of a brat towards me, and am currently having to go through the 'hard yards' with him after a friend of mine gave me a good talking to. She basically said that if I continued to allow him to treat me the way he was then he would think that was an acceptable way to treat women. It's tough going trying to be firm with him - he thinks I pee out pound coins and that I'm being a cruel mother when I say no. But I'm trying to undo my own years of spoiling him, and he is rapidly approaching puberty as well as trying to process the fact that his own father has disappeared out of his life.
I love them both all of the world and am incredibly proud of both of them both.

The cats - what can I say? I am a crazy cat lady. I've had 7 cats in my life for years now. We briefly went to 6 just before the pandemic when one of my lovely old ladies died. Then I went into a spending spree and bought myself a pedigree kitten last summer so we went back to 7 again. I have one very elderly cat who has been the most expensive cat in the world with vet fees. I don't know how much longer I'll have her but I love every single day I have with all of them.

My financial situation. In two words - absolutely dire.
The story of mine and ex's separation is long and boring, but it had been coming for a long time. When I made the decision I acted on it straight away - changed the locks while he was out (he'd stolen my car and driven to Scotland in it after drinking 8 cans of lager) and I never let him back into the house again. It takes me a long time to be pushed over the edge but once I've gone I never change my mind. After a few months of being a fab dad and trying to keep everything amicable the ex disappeared altogether. I ended up having to go to the CSA to try and get any maintenance (see above) and then having to take him to court to try and sort the finances out after the divorce. I had to pay for mediation (which he didn't turn up to) and then six separate court appearances (none of which he turned up to) and then had to pay someone to find him to serve court papers so we could prove he'd seen everything.
Good news was that in February 2020 I made my sixth (and last) court appearance. The judge awarded me the house and allowed me to keep all of my pension, and decided that ex should contribute £4000 towards the costs I had paid so far. Bad news is that the costs were a little over £12000, and that ex owed me over £1200 in unpaid child maintenance, plus the £2000 I gave him to put a deposit down on his new place and get set up (to be taken out of our settlement). So I have my own house, and keep my own pension, but I have a lot of debt and he owes me a lot of money that I have no hope of ever seeing.

Then the pandemic hit.
It wasn't a big deal. I went to remote teaching and learning, with an occasional day in school looking after key worker kids. Got paid. Tried to make my own kids engage in remote learning.
Exams got cancelled. The exam board very generously paid their senior examiners a percentage of their 2019 earnings due to the last minute cancellations - so whilst I was down on earnings, it was a shortfall I could cope with by cutting back elsewhere. Just meant I couldn't make inroads into my divorce debt, and the luxury summers we normally had were a no go. I spent the money on redecorating the house from top to bottom and making it mine and the kids house - a fresh start for all of us. The bedrooms got new carpets and beds and I painted right through. Knocked the garden shed down and fell in love with trips to the tip when it opened again. And bought my not MSE kitten.
I thought everything would be back to normal when I went back to work last September and we were on the last legs of the pandemic.
Obviously not.
We got hit with face to face teaching as well as online teaching, isolations, masks etc. etc. and work became much more of a chore. Then we went back into lockdown and back to remote learning, and my also trying to encourage my Year 11 and Year 7 children to work hard from home.
Then they cancelled the exams again, and went to teacher assessed grades. Which I soon discovered was pretty much me doing my examiner role within my teaching role and not getting any extra pay. Then the exam board decided that there would be no goodwill payment this year and that schools would be refunded as much as possible from exam fees and they would offer us senior examiners alternative roles to try and make up for lost earnings. Unfortunately the alternative roles have involved very little additional work and at this point in the year my earnings are approximately £6000 lower than they would usually be.
Now I can make a cut back with the best of them, but I can't pull that money out of thin air.
By May I was very fed up and my mental health had really started taking a turn for the worse (when I stopped posting on here really). I started making bad food choices, and hiding from my budget and spending. Managing to pay all of my bills but just not looking after the budget the way I always used to.
Then when you get in that rut it's difficult to get out.

I've spent most of this afternoon and evening catching up on here (just your diary to go foxgloves) and it has given me a renewed determination to take control of things again. I may not be able to do lots in the short term as far as finances are concerned but I can stop hiding from things and start looking after myself again.
I'm in debt again. I have a loan (paying off the court costs) and a credit card which I have started spending on again. I pay bits off as soon as I get exam money in but it's not making much of a dent at the moment. As long as I accept that and don't get into the hopeless feelings then I should be ok.

Good god, I haven't half waffled on. It was meant to be a brief summary. But I feel so much better for getting it all out. Well done if you've made it this far. I hope that you will continue to follow me in my journey.

Not giving up
Working hard to pay off my debt
Time to take back control
https://forums.moneysavingexpert.com/discussion/6290156/crazy-cat-lady-chapter-5-trying-to-recover-from-the-pandemic/p1?new=1
36
«1234567…43»

The common tricks to watch out for