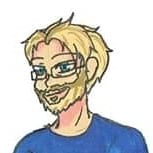 Forumite
23 June at 7:58AM in Consumer Rights
I'm in a difficult situation and I really don't know what to do.
I bought a Lego crowdfunded Sheriffs Safe last year and it finally got delivered this week by DPD
Unfortunately the box was badly squashed and damaged in transit (The packaging was also badly damaged and had apparently been opened)
The set itself was a limited production run so Lego cannot replace it, and I cannot return it for a refund because it's pretty much irreplaceable without paying several times its cost on auction sites
Lego have offered 2000 VIP points, which is pretty much valueless

The set is for my girlfriend, a long time Lego collector/enthusiast, and the box condition is as important as the contents

Does anybody have any advice?

PS. I know that this is relatively unimportant in the grand scheme of things, especially at the moment with shrinking incomes and increasing prices
0
«123»