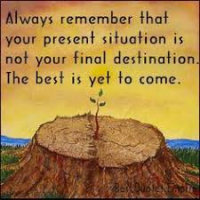 ✭
3 May at 7:31PM edited 3 May at 7:38PM in Coronavirus Support and Help
I took a 3 month payment holiday with nationwide back in march, despite being assured my credit file would not be impacted I get an alert today that they have recorded an arrangement to repay on my credit report.

I am scared my other lenders will find out about this and close my accounts without realising this information should not have been put on my file, I have contacted nationwide but would my other accounts be affected in the meantime while I try to get this resolved, I have never had any negative info on my credit file I have autism and im very scared and upset

Nationwide are an absolutly diabolical company, just a few weeks ago they took a full loan repayment despite the fact my payment holiday is not due to end until june, I had to contact them to get it refunded even lodged a complaint and now this happens !

Holidays are back on the agenda
Martin&#39;s 19 need-to-knows to cut costs

New Morrisons loyalty scheme
Is it any good?

Warning. Energy prices hit 3yr high
Check NOW if you can save £100s