Three's eSIM delay - how I was compensated £400 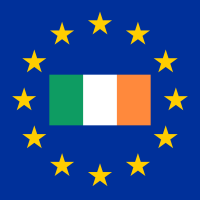 24 February 2021 at 3:08PM edited 24 February 2021 at 3:09PM in Mobiles
It is clear on social media, particularly Twitter, that a large number of Three customers are frustrated by Three's delay in launching eSIM (embedded SIM) support. I will explain below how Three had to compensate me for half of the £549 purchase price of my new iPhone SE 2020, which I purchased from Apple, plus £125, total £399.50, as a direct result of its delay in issuing me with an eSIM.

Three tweeted about its plans to support eSIM functionality:
Also on or around 25th September 2020, Three wrote on its web site “eSIMs are here on Three”; “You can also swap your current physical SIM for an eSIM. Just request one here”; and “Take note that when we process your eSIM request, your physical SIM will be disconnected. You'll need to wait for your new eSIM to arrive. This will mean you'll have to go 1-2 days without service”. This text remained unchanged until early November 2020.

I had wanted since September 2018 to use Three’s services via an eSIM so that I could use my iPhone’s physical SIM card slot for multiple SIM cards from other suppliers, for example when travelling abroad, as well as for a second mobile number while in the UK. I previously had an iPhone 8 256GB, which does not contain an eSIM. Therefore, after reading Three’s public statements of 25th September 2020 quoted above, I bought an iPhone SE 2020 256GB, which is dual SIM comprising one embedded SIM (eSIM) and one physical SIM card slot, from Apple for £549. I would have preferred a flagship iPhone model, but I hate the ugly notch on the latest iPhones, so I decided using on a iPhone SE 2020 for 12 months until Apple releases its next flagship iPhones in September or October 2021.

The only significant functional difference between my previous iPhone 8 and my new iPhone SE 2020 is the inclusion of an eSIM with the latter. Both iPhones are otherwise almost identical, including but not limited to, shape, size, screen resolution, camera resolution and memory capacity. Therefore the only reason that I bought an iPhone SE 2020 was to use its eSIM for Three’s services, which would then allow me to use the iPhone's physical SIM card slot for other suppliers’ services.

Given that I took Three’s public statements quoted above into account when deciding to buy my iPhone SE 2020, these public statements formed binding contractual terms pursuant to Section 50(b) of the Consumer Rights Act 2015, which states:
Every contract to supply a service is to be treated as including as a term of the contract anything that is said or written to the consumer, by or on behalf of the trader, about the trader or the service, if—
(a) it is taken into account by the consumer when deciding to enter into the contract, or
(b) it is taken into account by the consumer when making any decision about the service after entering into the contract.
I started using my new iPhone SE 2020 immediately after receipt, using my existing Three physical SIM card, and I gave my previous iPhone 8 to my daughter. I did not immediately request an eSIM from Three, as I needed to choose a convenient time “to go 1-2 days without service” as quoted above.

After buying my iPhone SE 2020, I asked Three numerous times in late October 2020 to replace my existing physical SIM card with an eSIM pursuant to Three’s binding contractual terms quoted above. Three responded that it could not yet replace my physical SIM card with an eSIM and it did not know the date when it would do so. The result was that I could not benefit from the only reason for which I bought my iPhone SE 2020.

Three subsequently tweeted:
These three tweets caused me to choose not to cancel my contract with Apple the purchase of the iPhone SE 2020 within the 14-day cancellation period allowed by Regulation 30(3) of the Consumer Contracts (Information, Cancellation and Additional Charges) Regulations 2013. In any case, returning the iPhone SE 2020 would have unreasonably left me with no iPhone at all, after Three’s earlier tweets quoted above caused me to replace my iPhone 8 and give it to my daughter.

In early December 2020, Three's customer services advised me that I could obtain an eSIM from any Three store with effect from the following day. Therefore I went to a Three store in the City of London, but it turns out that I had again been misled by Three, because no Three store in London could yet issue eSIMs. The City of London is London's financial district which is almost deserted because almost everyone is working from home. Despite the very low footfall, the store manager told me that eight customers had visited the shop on that same day to request an eSIM, who had been similarly misled by Three. Clearly a lot of Three customers want eSIMs and are frustrated by Three's misleading communications on the subject.

Regulation 5 of the Consumer Protection from Unfair Trading Regulations 2008 states:
1) A commercial practice is a misleading action if it satisfies the conditions in either paragraph (2) or paragraph (3).
2) A commercial practice satisfies the conditions of this paragraph—
a) if it contains false information and is therefore untruthful in relation to any of the matters in paragraph (4) or if it or its overall presentation in any way deceives or is likely to deceive the average consumer in relation to any of the matters in that paragraph, even if the information is factually correct; and
b) it causes or is likely to cause the average consumer to take a transactional decision he would not have taken otherwise.
Regulation 5(4)(b) is defined as “the main characteristics of the product (as defined in paragraph 5)” and Regulation 5(5)(a) is defined as “availability of the product”.

I am an experienced litigant-in-person, and was planning to issue a County Court claim against Three. However, I decided instead to submit a complaint to the Ombudsman Service Limited, in which I argued that Three’s public statements concerning availability of its eSIM functionality quoted above were a misleading action in breach of Regulation 5 of the Consumer Protection from Unfair Trading Regulations 2008 in that they caused me to take a transactional decision that I would not have taken otherwise, specifically my purchase of an iPhone SE 2020 for the sole purpose of using its eSIM with Three’s services. I also argued that Three, by refusing to supply an eSIM to me, breached the binding contractual terms formed by its public statements quoted above.

The misleading action and breach of contract were by Three concerning services, and that nothing turned on my choice of supplier with whom I entered into a separate contract to purchase the goods. My complaint would have been equally valid whether I had bought the goods from Three or from Apple, because it was not the contract for the purchase of goods that suffered the breach of contract and the breach of Regulation 5 of the Consumer Protection from Unfair Trading Regulations 2008.

The Ombudsman Service Limited agreed with me and determined that Three must pay me half of the cost of my new iPhone SE 2020, i.e. £274.50, plus a goodwill payment of £125. Although a court might have determined that Three should have reimbursed me for a greater proportion of the cost of my iPhone SE 2020, the courts almost never award amounts for distress and inconvenience (e.g. the £125), unlike ombudsmen. So it was a good result without a probable 12-month wait for a court hearing. Three's Executive Office quickly paid the £399.50 after I prompted them to do so.

Since then, Three's subsequent tweets falsely claim retrospectively that its eSIM launch in September 2020 had been a trial. The truth is that the trial took place in June and July 2020, as confirmed by Three's much earlier tweets quoted above, but I am guessing that something went wrong with the launch, during which time Three continued to state misleadingly that eSIMs were available. Three has still not resumed issuing eSIMs, despite having tweeted on 29th January 2021 "Yes, eSIM has been tested and trialled, Adrian, and we'll be releasing it to all customers with compatible handsets very, very soon".

If anyone else has suffered a wasted purchase as a result of Three's misleading communications about eSIM functionality, then I suggest that you make a similar complaint. If Three starts to feel a financial impact of its unreasonable eSIM delay, then it might resume issuing eSIMs sooner rather than later.

What can you (or should you) do?