What small DFW things will you do w/c 6th July 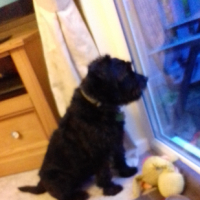 ✭✭✭✭
6 July at 9:32AM in Debt-Free Wannabe
When we start out on the DFW trail we do loads of "big stuff" that makes quite a difference to our situation. These include having our lightbulb moment, cutting up the credit cards and cancelling Sky and the gym.

But once we have done the bigger stuff, we often feel that we are not making the same amount of progress, when in fact the small steps are helping us form good financial habits and helping us get closer everyday to staying in control and becoming debt free, or staying debt free.

Examples could be hanging washing out instead of using the tumble dryer or leaving your purse/wallet at home to avoid the risk of spending.

So be proud of those small steps, they really are important 😀