TESCO AXES CHEAP GROCERY DELIVERY AND COLLECTION SLOTS
TOP 15+ HOLIDAY DESTINATIONS FROM THE UK – WHICH CAN YOU TRAVEL TO HASSLE-FREE?
WHAT £5,000 GREEN HOME-IMPROVEMENT VOUCHERS IN ENGLAND WILL COVER

✭✭
19 June at 11:48AM in Credit Cards
Hi
I'm trying to add my Barclaycard (Rewards Visa card) into Google Pay but getting the following: 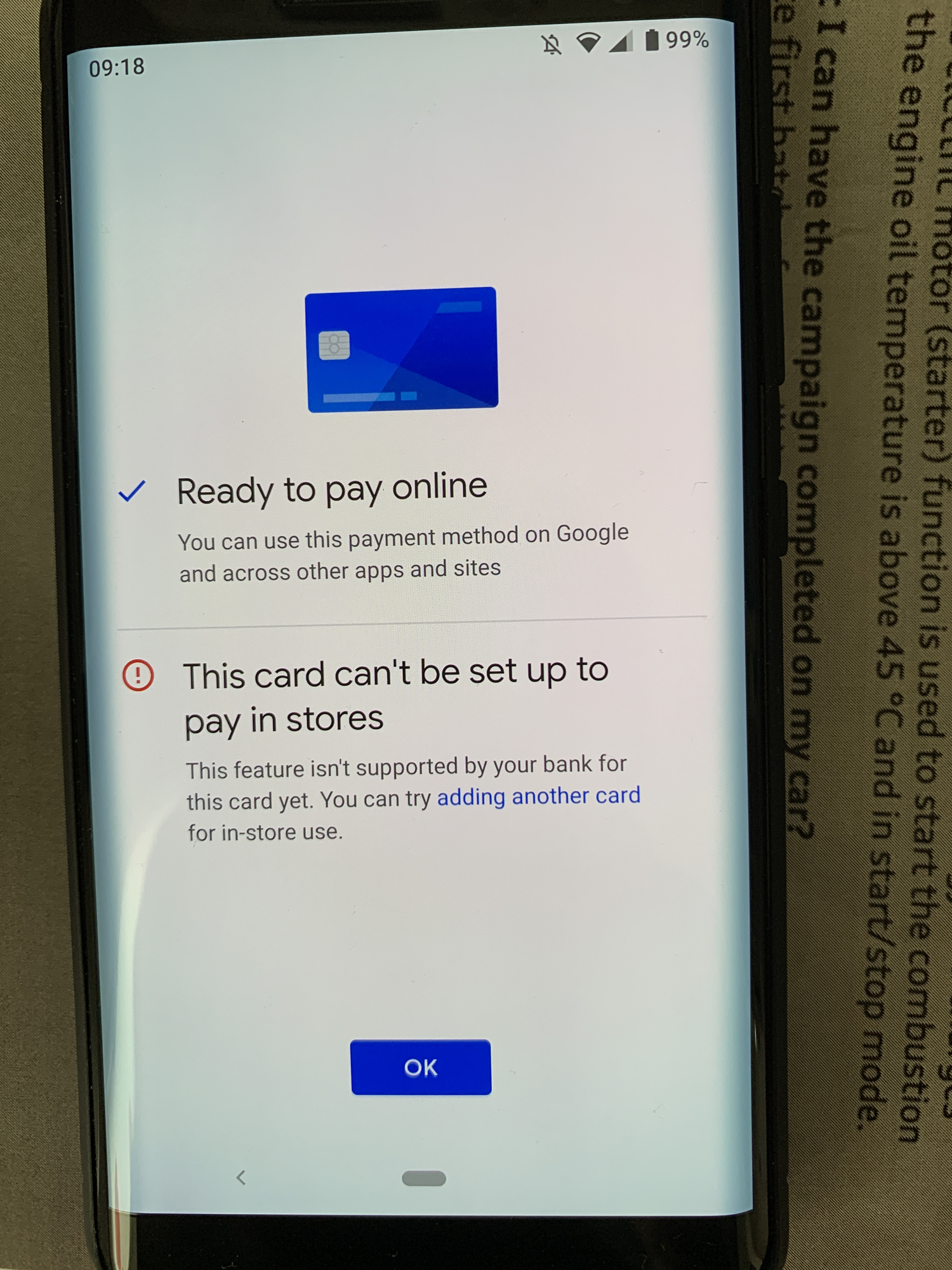 Card is contactless supported and my phone is a Nokia 8 Sirocco, running Android 10. No issues adding other Visa cards into Google Pay. Have deleted the card and tried again but keep getting same message.

Top 15+ holiday destinations from the UK – which can you travel to hassle-free?