I agree
Forum Home» Random Acts of Kindness and All things Positive!
New Post Advanced Search
Important update! We have recently reviewed and updated our Forum Rules and FAQs. Please take the time to familiarise yourself with the latest version.

MARTIN LEWIS REVEALS WHETHER YOU SHOULD KEEP PREMIUM BONDS AS THE PRIZE RATE FALLS TO 1%
TOPSHOP, DOROTHY PERKINS AND BURTON SHOPPERS FURIOUS AS GIFT CARDS STOP WORKING
EUROPEANS LIVING IN THE UK TO GET NEW EHICS - BUT COVER FOR MOST BRITS REMAINS UNCERTAIN 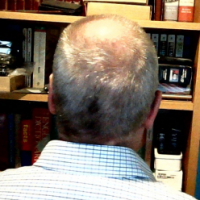 ✭✭
29 April at 5:10PM in Random Acts of Kindness and All things Positive!
Not really a "random act of kindness", but definitely something positive...
I had a couple of Premier Inn bookings. One was for a few days in early May, the other for 2 June. They were prepaid and not cancellable. When the COVID-19 crisis hit, the attraction that I'd intended to visit in May was closed until further notice and the concert in June was cancelled. (Strictly speaking, it's postponed until some as-yet-unannounced date next year.) I thought that I'd lost my money on the hotel bookings. However, Premier Inn eventually decided that the May booking could be cancelled (having first tried to persuade me to rebook to another date), but not the June one. This afternoon, I got an e-mail telling me that I could now cancel the June booking. I received the refund for the May booking a couple of weeks ago, and have now been promised a refund for the June booking.

I've also got full refunds on the train tickets associated with both trips - and no admin charge.

I'm feeling pretty good about this. I'll soon have recovered a couple of hundred pounds that I initially wrote off. Premier Inn has definitely earnt a bit of goodwill here.
5
«12»