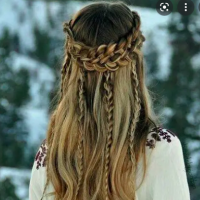 Forumite
25 June 2016 at 3:09PM in Food shopping & groceries
A few months ago we had a food parcel given to us as they had some left over from the Christmas period. Included were a few tins of cream of tomato soup. all basics/value range.
It was so yummy with some crusty bread rolls that I had lurking in the freezer and the kids have asked to have it again. (bonus, another cheap meal I can add to the list).
The kids have all said they like the value stuff and 'orange label' stuff (Mr. S basics).
So my question is, what great things do you get from these ranges and what is not so good value or isn't great quality?
We are a family of 8 (almost9) so any of these savuings are greatly appreciated.
What big 4 value range do you find to be the best quality?? I'm not able to shop all over the place but will move my weekly shop online to the best value range at that seems to be where I save the most money.
thanks in advance for responses and sorry if this has been covered before.
Dave Ramsey and Martin Lewis are my Money Saving Heros
0
«12345»

«12345»
This discussion has been closed.
Latest MSE News and Guides

But be careful - they'll impact your credit score

For students, teachers & parents of students