The New Fat Scotland 'Thanks for all the Fish' Thread. 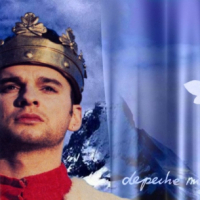 I know some of you will just be [STRIKE]groaning in abject horror[/STRIKE] just as excited as I am about the prospect of another Scotland specific thread. So here it is.

I've been on these boards for a while know, and there always seems to have been a looooooong running Scotland thread going on in some form. It makes sense to keep things all in the one place. And provides people with no interest whatsoever in anything Scotland related ample opportunity to scroll past should they wish.

This thread is unlikely to last quite as long as the others as most of them covered the lead up to the referendum, then the lead up and aftermath of last years General Election. However, with a Scottish General election now only weeks away, the recent GERS report, a possible Brexit, new manifestos from all Scottish parties due detailing how they will use new income tax and welfare powers, oil prices remaining low, and the recent announcement from the SNP that they will start to build a new case for independence starting this summer. There is still plenty to debate for a wee while for anyone interested.

I asked you each to provide brief details on 5 key points of scotlands finances so as you could justify some of your vision and perhaps help me understand things from your point of view but all 3 of you declined to do so, instead deflecting the issue.

The only conclusion that I can draw from this is that my existing view that scotlands would be fooked financially is correct (as per the facts and figures referenced by other posters e.g. Gen)

Clearly you want independence no matter what the financial cost to scotland I assume either because you (i) dont care or (ii) are ignorant as to the consequences of this financial mess.

As each of you refer to scotland being 'better' as an independent nation I assume some element of that better must be related to the social and welfare policies of your vision for iscotland?.... all things that must be paid for

I am therefore completely at a loss as to your reasoning and justification for iscotland.

Saying things such as "noone knows the details" is just ignorant - there is plenty of information from which you can draw very reasonable assumptions. Why not use the available information to provide a brief vision of iscotland on the basis of the 5 key points of national finances and how they will be different from today:

Halifax and Barclays cap lending on many mortgages amid coronavirus lockdown