SOMETHINGTOSAY Forumite
2 Posts
26 March 2010 at 9:07PM in Motoring
Avoid h d car insurance at all costs in my opinion!!!

If your car is broken into and as a result your alarm is faulty; in my experience they wouldn't pay out for the alarm to be repaired because they got a dealership's opinion that the alarm fault isn't theft related and it's impossible to prove otherwise. It goes off nearly constantly since the break in but they still won't pay for it to be repaired.

The repair to the door, using their approved repairer ncrc, was botched.

Also the courtesy vehicle ncrc provided kept cutting out in first gear and with me happened on a roundabout.

Well at least the courtesy car, which only had about 2 miles of fuel left in it when their approved repairer dropped it off, didn't cause me a nasty accident.

It will cost me £266-00 to get the alarm fixed through the car dealership. So in all i'm going to be down about £900 as a result of the car being broken into since the excess was £175 on top.

During the evenings it also took me about two weeks to get through and make the claim in the first place and it wasn't a freephone number or 01 or 02 number.

This is not my idea of car insurance!! I've been told they use ncrc because they only charge £20 an hour labour where as a dealership can charge upto 4 x as much.

WOULD YOU TAKE OUT HASTING DIRECT CAR INSURANCE? 8 votes 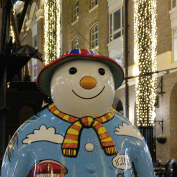