How to convince a family member to be energy conscious 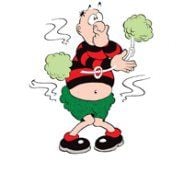 Forumite
5 July at 12:18PM in Energy
I have been switching things off at the socket when not in use (... goodbye Alexa). However, my husband insists on keeping his PC running all day (large PSU), probably 15 hours a day - approx 1.8kW per day. I've tried to explain that he is using between a 4th-5th of our daily electricity consumption - for no good reason. He is very resistant to changing his habits, although he has now enabled sleep mode and screen off timer. Any suggestions on how I get him to just switch the thing off?
0
«1234567»