Aged 66+ with low income?
You may be due £3,300/year
FAQs Privacy Past Emails Unsubscribe
Advent-ures in the MSE Forum... Our Advent calendar is live, helping you discover a new corner of the community each day. Visit the homepage and scroll down 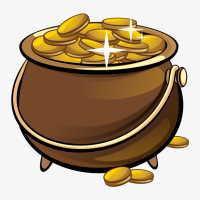 So back in May, after much deliberation and research I decided to approach Sprout Loans for an ‘IVA Settlement Loan’. I asked many questions and pontificated for a week or so before I hit the button. At the beginning of May 2021 I proceeded with the application, which, after about 20 minutes on the phone seemed fairly straightforward and painless. Along with a ‘hard credit search’, were several questions about my personal circumstances and my reasoning for wanting to re-enter the financial marketplace early. The main reason for me was income protection, followed very closely by loosening of the shackles.
I had been in the IVA since September 2017, so felt it was a good amount of time to have psychologically altered my outlook on money management.

some interesting points to be aware of if you are choosing Sprout Loans;
- you must have at least 15 IVA payments left
- the loan was at 39.9%APR
- the loan will start 30 days after official eSigning and will last a minimum of 18 months
- you can only be offered a loan based on 85% of the total amount of repayments in your IVA, they WILL NOT offer 100%
- no agreement can formally go ahead without the variation meeting taking place and the creditors agreeing the settlement
- you can make overpayments via telephone only, this can reduce either monthly amount OR term

At the point in which I had alerted my IP I had then been given some times scales for meeting etc. Sprout required the Chairman’s report once the creditors had agreed my settlement.
in my case, the creditors would only agree 100% of remaining payments so, Sprout paid the 85% and I found the other 15%.

My final acceptance of settlement by the IP/Creditors (took 2 meetings), was concluded end of July and all monies transferred by beginning of August.

I made my first Sprout loan payment in August. My IVA payments where suspended from June onwards.

I was advised that the closure process could take up to 6 months, I had some brief discussions with the IP company between August & October asking for updates but it was very vague. I finally received my Completion Certificate & document pack end of October.

since receiving this I have kept a close eye on all 3 CRA’s, including the Insolvency Register. All 3 and the IR have reported the Discharge date with the ‘credit score’ increasing slightly across all 3 CRA’s.

I am yet to see the creditors change their statuses to Settled or Partial Settled etc, I am waiting til end of next month for the next credit report update for this.

in the meantime, I have successfully opened a CC with £250 limit (my choice with the limit) and started to spend & clear in full.

I will report back every so often on any other changes I notice and hopefully it will help to give an idea to those not quite at closure point what sort of time scales and journey to expect.


There’s only 2 certainties in life; taxes and death.