medication for chronic pain being withheld 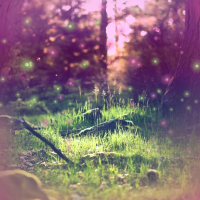 I apologise if this post may be a bit long. Will try best to summarise. If I've posted in the wrong section, please let me know and I can re-post in the right place.

Having very difficult time with gp surgery. Disabled, housebound, highest PIP (both) and support group ESA. No people who can help about medication. V severe hip arthritis, also back/thumbs/neck issues. Not able to get to pain clinic, and can only shore up any formal prescription with 2 weak-dose packs of ibuprofen when shop at tesco. Tried other medications over years, but bad reactions, so am left with taking max ibuprofen (up to 8x400mg daily, especially when back worse) plus a 5mg butec patch ... unable to take higher, as v bad mental health reaction on 10mg. No issues with taking ibuprofen at all, and have lanzaprazole alongside. Hardly any and not good gp input, plus nhs abuses before this gp surgery, but at least could previously trust there'd be a baseline of the ibuprofen/lanzaprazole and now also patch, to be able to function.

March 2020 prescriptions review: lady very determined to reduce ibuprofen from 224 had been on for years, down to 168, despite me repeatedly saying cannot manage. Afterwards, noticed systmonline notes wrong; written as dose is half what she had said would issue. Called up but she said not to worry, 158 ibuprofen being sent anyway. This is having some effect on how badly things are going now. Have had no option but to switch to ordering on first day possible, as keep running out, especially with worse back pain this year.  Also had to ask about 5mg butec, having tried it previously, and bad reaction to 10mg, to try to compensate for drop in ibuprofen.

This year, from March 9th ... pillar to post, told different things by each person e.g. write systmonline note asking to reauthorize and will be fine; gp surgery then says ibuprofen not reduced or increased, but it turns out had issued 21 pills, not 158, which arrived yesterday. Some saying must talk to gp, latest saying must do so but then said not necessary. One gave email to do prescription request, after me saying econsult not work well. Emailed at lunchtime yesterday; no reply, but today, when forwarded the message again, as requested by prescriptions staff speaking with, message went straight through ... in message I'd asked if need to leave phone on for gp call, and had done that all day, but no response or call.
Today see that systmonline notes say 21 ibuprofen a month, so I called again; they said just doing what's on notes. Said gp said I must get ibuprofen over the counter [housebound] and am on 2x more than should be. I got extremely distressed. Woman said if refuse gp callback must speak with script clerk. I didn't refuse, saying I'd call tomorrow to speak to gp, but script clerk called me, saying it's my responsibility to book a gp call, and that possibly gp doesn't know I'm housebound (3 phone calls with this gp over last year or so, but seemed like records not looked at, as I needed to explain full health each time).
She said 21 ibuprofen have been issued to arrive tomorrow, for weekend, but systmonline does not show them as issued. She pushed me to pre-book Monday call with practice pharmacist (that dropped down ibuprofen prescription last year), saying I'd most likely not get through tomorrow, and same-day urgent appointment not likely anyway.

Very clearly being deliberately messed about. Very distressing, and not sure who to contact. Have looked around a bit, but have had some problems before when try to make complaints ... would seem best to first communicate with gp surgery manager, but nothing on gp surgery site about complaints, and, otherwise, would be very grateful for advice.