More Than Pet Insurance Increase 80% to over 100% each year. More Than Say this is correct? 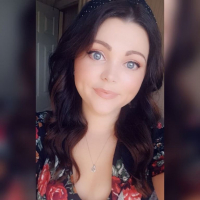 ✭
30 June at 9:47AM in Pets & Pet Care
I have opened a complaint with my pet insurer, More Than, as my annual premium for pet insurance continues to increase on average by 80% each year. They looked into the complaint and advised this is in line with their 'rating structure' and it is unfortunate that due to the claims I have processed (my dog has had a few operations due to patella luxation disease in her hind knees), my insurance will continue to increase at this rate. I was advised this is consistent with others who have pet insurance with More Than.
I really find it hard to believe that it is justifiable to increase my pet insurance from £131.02pa in year 1 to £712.68pa in year 5 (this includes as reduce in cover as in year 3 my premium increased by 174%!!!!). My main concern is at this level, I wont be able to afford the ongoing increase in my premium each year (at this rate, next year my premium will be £1200+), and I cannot go to another insurer as they will not cover my dogs pre-existing conditions.
They have advised this is how far they will look into it and if I am unhappy I can contact the ombudsman.
I wanted to know if other people have been affected the same way as I have and whether I should take it to the ombudsman?