FRANCE BACK ON THE UK'S TRAVEL EXCLUSION LIST - YOUR RIGHTS
PLANS FOR PRICE CAPS ON FUNERALS SHELVED DUE TO CORONAVIRUS PANDEMIC
THE NEW ACADEMONEY GRAD BADGE IS HERE! 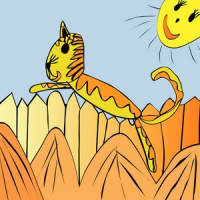 ✭✭✭✭✭
27 June at 11:57AM in Motoring
I was looking at a new Vitara Hybrid - but they no longer offer AUTOMATIC models - I am trying to figure out why.....
The Vitara was previously available as a "torque convertor"" 6 speed SZ5 and was an extremely good gearbox .....
Things may (or may not) get better
0
«1234»

France back on the UK's travel exclusion list – your rights on refunds, insurance, quarantine pay and more

Top 15+ holiday destinations from the UK – which can you travel to hassle-free?