I agree
Forum Home» Sports and Fitness MoneySaving
New Post Advanced Search
Important update! We have recently reviewed and updated our Forum Rules and FAQs. Please take the time to familiarise yourself with the latest version.

EBAY SHAKES UP SELLER FEES AND SWITCHES TO DIRECT PAYMENTS: WHAT YOU NEED TO KNOW
TOP 15+ HOLIDAY DESTINATIONS FROM THE UK – WHERE CAN YOU STILL TRAVEL TO?
WEDDING FIRMS WARNED OVER "UNFAIR" CORONAVIRUS REFUND POLICIES 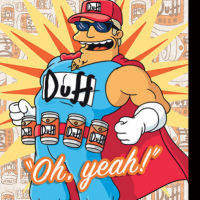 ✭
29 April at 12:57AM in Sports and Fitness MoneySaving
I've inadvertently discovered "Rucking" whilst doing my outdoor exercise. No its nothing to do with rugby but is military inspired by walking with weight in your backpack. Here's a couple of links if you're interested?
https://fitatmidlife.com/what-is-rucking/
https://www.goruck.com/get-started-rucking
So I've slapped on a pair on ankle weights and loaded 4 bricks into a backpack and went out for my walk.
What other money-saving fitness exploits have you all discovered maybe outside of the usual running, jogging and Joe Wicks classes?

Projects 2020-
Joint driveway with neighbour (groundwork to be done by myself)
Reduce CC debts, overtime (new job during pandemic), moneysaving and now a 3 year old to pay for and newborn LOL
1
«12»

Topshop, Miss Selfridge and Burton owner 'on brink of collapse' – what you need to know