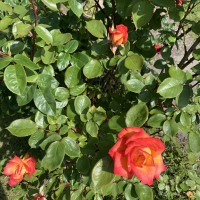 ✭✭✭
28 April 2020 at 7:42AM edited 2 May 2020 at 6:47AM in Mortgage-Free Wannabe
Hello all
SLLM - single ladies with large mortgages or single ladies who have previously had large mortgages or single laddies in the process of getting a large mortgage!  So if you are a lady and own your own house then yes this is for you.
Yes I could not resist it any longer. Ladies large mortgage is a loose term so if you are single and £50k or 100k mortgage is huge for you if you take into account what you earn then please don’t be put off by the title of this thread feel free to join in.
Also ladies if you are single but have finished paying your mortgage please also join in as we could really use your advice on how you did it as we are all hoping to get to that point of owning the house outright.
I have been going in and out of other threads trying to find specific company of single ladies who have a very big mortgage. After much looking I decided to start this thread. I will be writing regularly but please I want this to be our diary not just my diary! Please anyone who have found themselves in this scary yet wonderful position  that I have found myself in please give me a shout! I would like to exchange everyday things and life experiences with all you courageous single ladies who are getting, or have or have had a large mortgage.
This platform is for us single ladies to keep our spirits up in this seemingly lonely journey.
I hope this will help keep us motivated and help us in achieving our dreams. I hope this thread will help others know it can be done. I do read other threads but then it’s like “ me and my other half have recently bought a house and are now in the process of overpaying” or “me and my other half are now planning to renovate or extend or remortgage or buy a bigger house “. I then just feel demotivated as I am just on my own trying to manage this mortgage!
A LITTLE ABOUT ME!
I am single (divorced) female, with children who live with me and have a huge mortgage. I particularly find it huge as I am also not that young, born in the seventies so now in my late forties!
Went on separation into renting and after finalisation of divorce decided to now work on buying my own forever home! Was not easy renting and saving for a deposit but I was determined as I know it was going to be even more challenging if I left it until after I am 50. I knew that the sooner I bought my own house the better as house prices seem to go up in general. So anyway started renting in 2016, started looking for a place end of 2018 and purchased 2019. Saving for the deposit was tough but hey I had to do it.
I do love my house but it does come with a big mortgage, £487500 was the initial loan amount.
The house I bought was in London as I just love London and work in London. I had to spend that much although not such a wise idea( on looking back) but as I have young children I wanted to find a quieter neighbourhood and being in London I needed parking and having 4 children I needed space and since I am easily disturbed by noise I needed to be away from busy roads, as I have children I needed a decent garden, so ladies you can see how all those add up and increase purchase price?
My deposit was over 20% and it’s a 23 year variable mortgage discounted for two years after which it will go to bank SVR.
On this thread we can talk about how we are coping with our mortgages, how we are coping with  house maintanance, how you feel about your house. Yes let’s talk about the joys and tears of owning a house! Let’s talk about how you enjoy sitting in your lounge or being in your bedroom, or being in the garden or how you have been forced to learn to paint or to learn some plumbing!
I must confess there is more to a house than getting the mortgage I soon discovered! Have you seen how builders treat you when you want them to do some work for you? Well ladies we have a lot to just laugh about and cry about don’t you think? Please join in! 🧚🏾🧚🏾‍♀️
hope to hear from you all single ladies