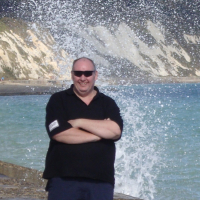 ✭✭✭
21 February at 3:26PM in Compers Chat Corner
Hi as someone who comps by end date, I am really hating this new forum, and in particular the lack of notification on search results as to whether I have entered a particular competition or not, like we used to have on the old forum. Everything is taking twice as long, as I have to open each comp discussion to see if I have already enter that comp or not, arrrrggghhh!!!!

Halifax and Barclays cap lending on many mortgages amid coronavirus lockdown