Do the ads for diesel-drivers&#39; claims against Audi, BMW etc stack up?
We&#39;ve full diesel claim pros &amp; cons
FAQs Privacy Past Emails Unsubscribe
IMPORTANT REMINDER: Please make sure your posts do not contain any personally identifiable information. If you are uploading images, please take extra care that you have redacted all personal information.
Advent-ures in the MSE Forum... Our Advent calendar is live, helping you discover a new corner of the community each day. Visit the homepage and scroll down 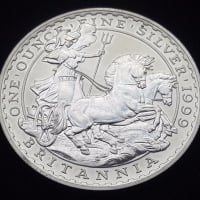 Forumite
31 January 2018 at 4:44PM in Parking tickets, fines & parking
Hi, I have a thread over at the pepipoo, but I wanted to post here as well for more opinions.

The registered keeper received an NTK from Premier Park Ltd, claiming the Driver of their car had become liable for a charge after 'Parking and leaving site'.

This is the first PPC Invoice I've defended, although I've been reading threads like this one on and off for a few years.

I'll split the info over 3 posts to avoid 'wall of text' quotes.

«1234567»
This discussion has been closed.
Latest MSE News and Guides