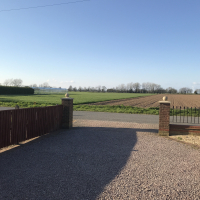 ✭✭
30 December 2017 at 4:33PM edited 30 November -1 at 1:00AM in Energy
Hello all, I have had a new gas installation into my home with a new gas central heating system. I have just checked my meter and note usage of 2382kw if my maths is correct. 60 units on a metric meter over 9 days in the house most of the time. This seems a lot. I have no idea if a new installation required extra gas usage during testing etc but am interested in views and learning more.

Live in a 3 bed semi with new boiler which provides for 8 radiators and hot water. 2 adults and 2 children. Meter is a reconditioned dial metric meter.
0

This discussion has been closed.
LATEST NEWS AND GUIDES

Use one-by-one to get lots of discounts

What this means for you