Can you help with a query about Plusnet’s landline and broadband package? 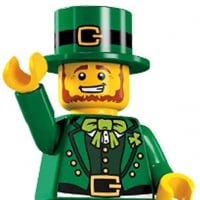 ✭✭✭✭
25 February 2017 at 3:51PM in Phones & TV
First of all, I apologise as this is quite a longwinded ask as I’m really trying to make sense of this.

Can someone please answer my query about Plusnet’s landline and broadband packages as I’m not getting anywhere with Plusnet’s customer services, they don’t appear to understand what I’m asking. I’m looking to upgraded from limited to unlimited with Plusnet as my circumstances have change recently. Also, after being directed to their products page on their website landline and broadband with contract is saying it costs £9.99/month, without contract it is £12.49/month. The operative I was chatting to earlier was telling me it’s actually £17 odd quid. They appear to be confusing the matter, or maybe she was trying to push a different deal on to me, she was a bit pushy actually and was more interested in giving me a quote. Anyway, the price per month isn’t my main concern, I really want to know if I would have to pay the activation fee if I were to switch from BT to Plusnet’s landline as I’m an existing customer with Plusnet. Does anyone know anything about this? Will I have to pay the activation fee as an existing customer with Plusnet despite my landline currently being with BT? I’m even more puzzled by this now as I’m not sure whether to op for contract or non-contract as I’m under the impression from an earlier conversation I had with another of their operatives that I won’t have to pay the activation fee regardless if it’s contracted or not. They didn’t actually say anything about it being contracted or not and how much it might cost me overall as I didn’t ask, it’s just that I'm more puzzled by this then ever since after initially asking the question.

Either way I will be switching to unlimited anyway, I would just like this clarified.

Also, will I still be able to use override providers for my all my calls after switching to their landline package? I currently use 18185 and 1899.

Scribbler 33% off all cards

...for flights cancelled during Covid

What's your approach to Christmas gifting?

Got a spending cap? Let us know