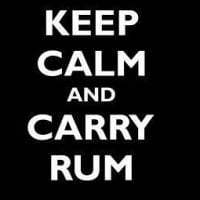 The situation we had was that our boiler was dead. We'd previously had a Homecare contract but cancelled it after it tripled in price on renewal for no apparent reason (we hadn't claimed or had any problems).

The engineer phoned in advance of the visit to understand what was wrong with the boiler and make sure everything was ready so he could be in and out as quickly as possible. My husband told him he had spent best part of a day tinkering with the boiler and checking the manual and the lights indicated that no gas was reaching the boiler (it's LPG, not mains gas) and we had changed to a brand new gas bottle. The guy says he thinks he knows what is wrong.

The engineer draws up outside, and because it is all done by SatNav the clock starts ticking as soon as he gets out the car. He comes in and explains that he won't take the front off the boiler because that will definitely take the job over 30 mins. He then goes straight to the gas bottles, unscrews a small plastic dome and resets a valve. My husband hears the gas coming through and the engineer then goes to the boiler, relights it and it starts first time. Writes on the job sheet "re-set valve". He then notices that the pressure is quite high so he and my husband spend the next 5 minutes bleeding the radiators. In total he's been on the premises LESS THAN TEN MINUTES and fixed the problem in under a minute.

He then spends the next 20 minutes sitting on his toolbox laboriously typing into his computer, watching the clock on the computer and constantly tutting as he makes a mistake, has to delete it and slowly starts typing again. he also fills out some forms by hand, again very slowly.

Wouldn't mind if he had actually been there for up to two hours actually fixing our boiler, but he was there for 32 minutes, fixed it in under a minute and we've had to pay an extra £121 because he sat on his !!!! slowly typing and chatting about the weather.

Apparently the paperwork forms part of the job, but ISN'T WHAT IT SAYS ON THE WEBSITE and this is not how it is explained on the phone when you call up to book it. On the basis of our experience no-one would EVER pay £79 because ours was one of the fastest repairs ever.

Trying to get hold of anyone in British Gas to actually complain about this has been a succession of being transferred by the telephone operator to the appropriate department, and then finding ourselves back at the main telephone menu and having to press 1 for this and 2 for that all over again.

Is there a British Gas Representative on here? Because this is a total and utter ripoff.

We would like to know how many people actually get their repair done for £79. Because of the basis of our experience, it's impossible.
0

If you plan to get a place via 'clearing'

Extra 35% off everything at Love Health Hate Waste