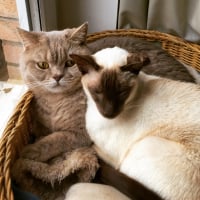 Forumite
29 December 2014 at 2:01PM in Debt free diaries
Hi all, this is my first diary thread here in around two and a half years. We were well on our way to debt freedom when life took over...again.

We finally paid this off after 8 years and got married a year after that (all paid for, no debt :beer: ) but then we wanted to sell our flat (our second flat). You guessed it, we were now in negative equity as bought at the height of the market.

My DH's parents were kind enough to gift us the money for a deposit for a house but we had to take out 2 loans to cover the negative equity when we finally sold the flat. We had managed to save enough to cover estate agent & solicitor fees etc.

So now we were in a brand new house with a big new debt so what did we do? Went & spent more money so that we had new credit card debt & were in the overdraft up to our eyeballs.

We have now given ourselves a stern talking to (again) and sorted ourselves out. I took a cash transfer from my credit card to the bank account to clear the overdraft. CC is on 0% for 9 months so now paying this off plus the two loans. The additional credit card debt was balance transferred & is now almost paid off (250 to go).

So now we need to not go into the overdraft, stop silly spending and pay off the debts as quickly as possible. I have re-joined the PAD thread as it previously motivated & inspired me. I feel that I need some accountability because it's so easy to slip into old spending habits even when you really don't want to and really can't afford to.