House of Commons - what is going on? [Poll] 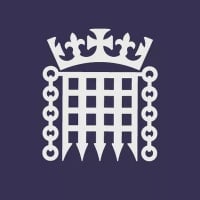 DOT is dedicated to increasing public engagement with the House of Commons and as such we are extremely interested in finding out from users of MSE how you get your information about the work of the House of Commons – is it through newspapers (either print or on-line), through morning or evening News programmes or via the official Parliament twitter accounts? Why do you chose this option over others?

If there are some sources that you don’t use – we would love to find out why! Equally if you use sources that aren't mentioned in the poll - please tell us what they are so we can get as rounded an understanding as possible.

Please do take this opportunity to inform us and help us to consider ways to adapt and enhance our provisions for better informing the public about the work of the House of Commons.

MSE has given permission for me to post letting you know about relevant and useful info. You can see my name on the organisations with permission to post list. If you believe I've broken the Forum Rules please report it to [email protected]. This does NOT imply any form of approval of my organisation by MSE

Which option is your first choice for finding out what's going on in the HoC? 32 votes

Warning: putting off uni 'til next year...