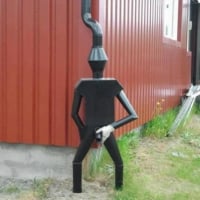 ✭✭✭✭✭✭
24 November at 10:30PM edited 25 November at 9:14AM in Parking Tickets, Fines & Parking
This is a draft of an email I intend to send to my MP. He hasn't been overly proactive by responding directly to my concerns, but he did forward them to Mr Jenrick (who didn't reply), then chased it up by reminding Mr Gove that he (my MP) had not received a reply to my original concerns. He (my MP) eventually received a reply from Neil O'Brien MP, Under Secretary of State for Levelling Up, the Union and Constitution, and forwarded it to me.

This is my intended response, but any suggested/amendments/tweaks would be appreciated. I also urge everyone who comes to this site to query how they can have their say during this crucial stage of the consultation, but obviously not copy and paste my comments or anyone else's. We wouldn't wanted to be tarred with the same brush as the fine upstanding PPCs who copied and pasted responses to the government's consultation.

Although my intended response already runs to two A4 pages, there is so much more I want to say, but I worry that adding more will reduce the impact of my complaints and concerns.

I contacted you on a previous occasion about my concerns regarding the consultations on private parking charges. You kindly forward this to the Department for Levelling Up, Housing and Communities, and you recently replied to me by post and attached a response from the Parliamentary Under Secretary for this department, Neil O’Brien MP.

Whilst I appreciate Mr O’Brien’s response, my concern regarding disabled motorists receiving parking charges because they did not display a blue badge does not appear to have been addressed at all.

The blue badge scheme does not apply on private land, yet private parking companies refuse to accept any other indicator of a disability, despite the legal requirements imposed on parking companies by the Equality Act 2010 to make reasonable adjustments for motorists with disabilities. They have had eleven years to resolve this issue yet steadfastly refuse to acknowledge any indicator of a disability except a blue badge.

I recently viewed the oral hearing held by the Government Select Committee dealing with the private parking sector, during which a number of witnesses were given the opportunity to speak. These witnesses included the chief executives of the two parking trade associations, the head of a major parking company, the head of a debt collection agency, and the heads of two motoring associations.

What was conspicuously absent at this hearing was any input from those people most affected by parking charges from unregulated private parking companies; people like me, members of the motoring public. I have no association with any of the witnesses at this hearing, none of them represent my interests, and I doubt they represented the interests of any motorist who has ever received a private parking charge.

I believe the direction of this hearing was completely biased towards the interests of the unregulated private parking industry, which is the exact opposite of Sir Greg Knight’s intentions when he put forward his Parking Bill to Parliament.

Parking companies have since made public comments to various news agencies that the majority of respondents to the consultations wanted higher charge levels to be imposed, however this did not take into account the hundreds of fake comments that were disregarded, meaning that the majority of respondents were actually in favour of lower charges that matched those of council charges.

In this oral hearing, the witnesses mentioned numbers and figures to the committee, without any form of proof to back up their claims. Figures appear to have been plucked from the air and quoted as if they were fact, yet remained completely unchallenged by the members of the committee. Not one witness was required to produce proof to the committee, let alone written proof, of their claims.

Some of the figures claimed were contradictory, some were confusing, and I believe at least some of them were untrue.

Allowing only the parking industry and motoring organisations to speak to a parking select committee is unfair, and undemocratic.

I would therefore like to know how people like me and other members of the motoring public can have our say.

All my screwdrivers are cordless.
"You're Safety Is My Primary Concern Dear" - Laks
7
«12»

MoneySaving Elf on the Shelf ideas

40+ tips to slash the cost of buying online