Is your Oculus VR worth it? 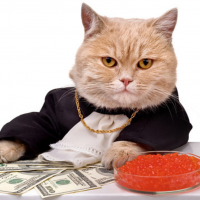 ✭
30 January at 5:21PM edited 30 January at 5:23PM in Gaming MoneySaving
I have been considering the Oculus Quest 2 and am wondering if it is worth it and if people can tell me their experiences of it?

Is it something you find you can play as often as a console like a Playstation, for example, or is it more of a novelty thing that you will get bored of quickly?

Also there seem to have been 3 stand-alone oculus kits in the matter of a few years, so seems only a matter of time before there's an Oculus Quest 3, my other question is if people who own the Oculus Quest 1 and Oculus Go are still finding it useable, or does it get out of date fast?

Free Halfords MOT
With ANY spend

Beauty Pie – can you ditch the high-end products for cut-price alternatives?

Martin Lewis: How much the Govt expects parents to give their children while at university 2021/22