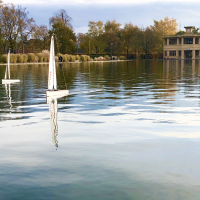 ✭
8 October at 2:30PM in Debt Free Diaries
After nosing through a few of these threads with great interest, I have decided to create my own! Hopefully one day I will be able to look back and see how far hubby and I have come.
And when I say Hubby, I mean mainly me. When we met, he lived in a house that he had saved a very large deposit for. He has always been good with money and his outgoings have not exceeded his income. I have a very financially savvy Mum, however growing up she was time poor and cash rich and I carried that mentality forward in to adulthood. Before I met hubby I had paid down several thousands worth of debt, but after returning to full time work and study to complete a professional qualification I was back in that frame of mind again. There have been a few purchases that I now see as extravagant (2 holidays paid for on CC, laser hair removal (!)) but mainly it’s been the steady drip of overspending every single month and failing to budget. So many takeaways and meals out! The Amazon prime delivery driver knew our dogs by name! We also moved to a larger home.

Unfortunately, I have had to stop working in September this year due to ill health. We don’t qualify for Universal Credit and I am not eligible for ESA due to being short of half a years contributions in 2017 when I was studying. I receive a small amount of PIP which is keeping me going. Living on one income has made me confront my debt and realise the error of my ways.
First step was to read Dave Ramsey then sit and make a very rudimentary SOA. We were budgeting £100 a week for shopping for two which seems to be MSE sacrilege! We’ve switched from Waitrose/M&S to Lidl and can do it for £50/60 now. I’m still finessing better money swaps such as frozen veg, slow cooker and leftovers to combat food waste. We’ve been through our committed spend and have cancelled the gym membership as well as an old insurance policy which was replaced and never cancelled. The goal is to live with as little extra spend as possible so we can debt avalanche the highest to lowest (0%) balances.
Hubby had saved nearly £1k for Christmas and birthday combined, which has now become baby step one - our emergency fund. Even though he had saved (clever man) I think it was a relief to both of us not to buy each other Christmas gifts?!

Then the credit card debt. All mine and totalled over £20k. £3.5k is being charged at 18% APR. I used my last pay packet plus some overdue expenses and a vehicle tax refund to pay off the first £1000. This should feel massive but it’s just feeling like a drop in the ocean at the moment. However, at least things are moving in the right direction.
Plan is to: keep selling on eBay, Music Magpie, Marketplace etc. I have made around £300 so far but cringe at the things I have given away for free earlier this year because I ‘couldn’t be bothered’ to sell them. Apply for a tax rebate as I haven’t earned over the personal allowance this year. Start doing surveys as and when I am well enough. Switch my current accounts using current offers to make £325, hopefully more if other providers offer new deals.

I am weirdly enjoying being frugal for the first month and wondering when this will wear off. Fairly quickly I imagine. Would love to hear anyone else’s Frugal Dougal tips and hopefully one day experience debt freedom.
Newly qualified Mr Micawber.
Credit card debt - Sept 2020: 19,667
Oct 2020: £15,597

Restaurants, cafes and councils offer free food to kids after Marcus Rashford campaign – where to find it