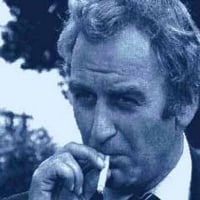 As I see it, Amazon has good chance of doubling every 5 years (at least for the next decade hopefully, until it's just too big to grow rapidly), so in 10 years my Amazon shares could be quadruple current value. Of course should we see something resembling the financial crisis or .com collapse as happened a decade or two ago, my current shares could easily be halved.

-50% would not be the end of the world as that's what I paid for them originally. If quizzed on the chances of either scenario happening  I would say that quadrupling in value is definitely more likely than halving in the 10 year timescale. I could cope with 50% loss if I had to but it would not please me.

Just to reiterate, this is not my only investment. I'm not looking for financial advice, I know this investment is not diversified. Is anyone else in a similar position or mindset to me and wishes to share their thoughts?


“Like a bunch of cod fishermen after all the cod’s been overfished, they don’t catch a lot of cod, but they keep on fishing in the same waters. That’s what’s happened to all these value investors. Maybe they should move to where the fish are.”   Charlie Munger, vice chairman, Berkshire Hathaway
0
«1234»

TSB to shut 70 branches across the UK next year

Here's a full list of sites set to close

Join the No Spend Days Challenge for December

Put yourself to the frugality test