Paid for a AAA game which is now plagued with errors. Devs aren't fixing anything. 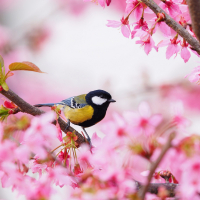 Forumite
12 August 2020 at 7:05PM in Gaming MoneySaving
When rockstar released red dead redemption 2 I bought it after the initial hype to play with a friend. Fast forward to the last month and the online game is plagued with errors. 93% of people are reporting these errors and it's all over twitter and the forums. I myself have submitted no less than 20 tickets for them to investigate. It's got to the point where missions won't start, you can't complete daily challenges, the game crashes constantly and the bugs are laughable . You can't play the game., it's as simple as that. All rockstar support say is to do stuff on my end like updating my console software, restore the games original settings but they are not fixing it. An update they added 2 days ago made it worse and broke the game! How can I get rockstar to listen and take action? I've payed for a game I can't play like thousands of others. Rockstar only care about GTA 5 which is so obvious. I can't keep submitting tickets, they made it so you have to wait 3 hours between submitting each one! Please can someine give me some advice, I'm getting really fed up of their !!!!!! response to a serious issue. I just want the game fixed but I feel like they're crossing some sort of legal line here because I'm not getting what I paid for.
0

What it means for you