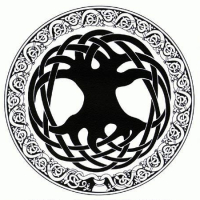 MoneySaving Newbie
15 July at 3:44PM in Insurance & Life Assurance
I'm looking around for a home insurance quote. I've gotten quotes from the price comparison sites and researched individual companies.
I've checked out review sites like trust pilot. Whilst many company's get bad reviews, some get a high rating. However, I appear to see a pattern: all the good reviews are for the buying process, whilst all the bad reviews are for the claims process. I'm not seeing any good reviews for the claims process: ie. what you actually need the company for.
As far as I can tell, there ARE no reliable insurance companies. They will only be reliable as long as you don't use them, then once you need them it's a different story.
If this is true, it begs the question: is there any point in getting house insurance, if they will all try and wriggle out of it when you make a claim? Or do you just have to accept this kind of behavior as standard? I've never had home insurance before, but I've certainly seen the same pattern in car insurance and have regretted making claims in the past, ending up financially worse off in each situation.
Are there actually any reputable insurance companies, regardless of the price?

MSE Autoswitch launches
Let us do it all for you

NS&amp;I slashes savings
What to do?

Uber given new licence to operate in London after appeal

New Easyjet Holidays 'Protection Promise' offers refund if you change your mind – is it any good?