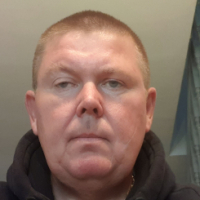 ✭
8 July at 2:36PM in Child Support
Hi all again, I have two children who are now 17 & 9 and have now got their own jobs. I had been paying CSA until 2011 when i was medically retired from my job and have been unable to work since.  I had a phone call from which was then the CSA in 2016 saying that I owe maintenance from 2013 to 2016 I was not claiming any state benefits as my wife income was supporting our family, the CSA told me that I owed £1400 from them dates as they said i had been working in them times as i was still on the PAYE register but i definatly had not been employed or could of worked for that matter!! I argued this and they said they would look into it, i never heard back from them until 2018 when it had been now passed to the Child Maintenance Service they said I still owe this amount, after many phone call etc it got left that now they was going to look into it but agaon never heard back for two years until COVID 19 when in May we had to claim Uni Credit the next thing i have a letter saying that they are taking money out for this and that i still owed the debt.  They said they had sent a letter a few weeks before saying i had two weeks to appeal, i did not receive this letter at all.  Had a phone call with them today and basically as i did not respond to the letter the time to appeal has expired, I asked them to look at the information again that i gave the CSA but only debts had been carried forward to the Child Maintenance Service and any information on files the CSA have can not be accsessed by anyone including them, and there is nothing i can do at all. Is this true ? can i not complain to anyone just becuase i did not receive a letter and appeal in time? Could they of not just called me ?  Also just to say that my ex during all this time and the children had been given money and looked after brought clothes etc...but I can not prove this at all which is stupid on my part.
0