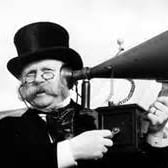 ✭✭✭✭
19 June 2020 at 10:04AM in Greenfingered MoneySaving
Just received an email from Thompson & Morgan. They have a 48hr flash sale on all seeds (flowers, veg, salad etc) for £1 a pack plus £2.99 P&P on total order.
https://www.thompson-morgan.com/
No connection, just a happy customer of theirs.
Signature on loan to someone else
2

Tesco launches its first ever...

Plus what to do if you're a victim