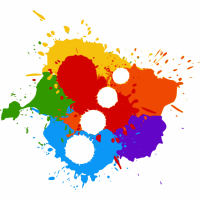 Forumite
22 September 2019 at 7:18PM in Gaming MoneySaving
The High Court of Paris ruled that Steam must allow consumers the ability to resell the games they have purchased digitally in contradiction to what consumers have agreed to when they signed up.

Reading through arguments for and against this ruling, while the court argued that digital goods should be treated in the same regard as physical goods when it comes to resale as second hand goods, a good number of commentators have warned that this will result in much higher game prices, the end of sales, the end of free weekends, the end of single player games and developers going out of business as publishers and developers lose out on sales and royalties from first hand purchases which they don't get from second hand reselling. There are also warnings of an acceleration of companies moving towards games as a service and streaming (a la Google's Stadia) as a response to this ruling.

The video game industry has not been a fan of second hand reselling for a long time. Namely for that royalty issue. They consider second hand reselling as immoral as piracy. Though they haven't gone for the likes of CeX, GAME, Amazon and eBay because they still need to be friendly with both brick and mortar and online places to sell the consoles for the time being. Probably the reason why we've seen a push toward subscription services and mini consoles - selling retro games with royality payments to the original developers which they don't get if a game is sold second hand.

It's a case of consumer rights of reselling their purchased good versus the creators rights to be rewarded for their work. The moral argument from the gaming industry being is that if it applies to digital goods, the same arguments should also apply to physical goods, including for goods outside of the gaming industry.
0

What it means for you