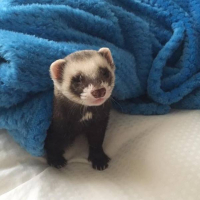 
The agency I am currently temping with are using NOW Pensions, this week is the first week I have had pension deductions. 3.5% £13.75 of my weekly pay was deducted, when I was expecting 5% to be deducted £19.65


I obviously questioned this with the agency who came back to me informing me..

The pensions amounts are calculated on qualifying earnings, which means for the 2019/20, the first £118 of weekly pay is excluded from the calculation.


I will admit I am confused by this, this is the first I have heard of a lesser % being paid in, I assumed from day 1 I'd pay 5% and the company 3% on the total amount earnt each week.


Does this mean each week I will be paying in 5% on the Gross Pay after £118 has been deducted each week?

I am able to up my %, which I might do to fill the shortfall


Aspiring to be financially independent.... from my parents!
0