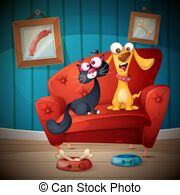 hadn't had a wem that I recall & box included a congrats
letter with the letter saying the prizes were late delivering
as there had been such a lot of entries!:eek::D
thanks to MD posters :A:beer:


then found a wem for runner-up prize of Swallowtail Summer from gransnet
thanks to laks :A:beer:
https://forums.moneysavingexpert.com/showthread.php?t=6025599&highlight=gransnet


:beer:
please be a responsible pet owner & spay/neuter your pets, too many strays & not enough homes for them sadly.