How to suggest it's time to hand over the car keys? 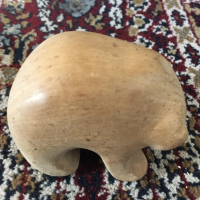 ✭✭✭✭✭
28 October 2018 at 1:13PM edited 30 November -1 at 1:00AM in Over 50s Money Saving
Has anyone had This Conversation with anyone recently & how did it go? Are there any phrases that help, or that lead straight to disinheritance?!

I honestly cannot leave it for mum's GP - who blamelessly doesn't seem to get out of the surgery let alone see how the patients travel.

Mum's had an unexplained fall & is often a bit dizzy stood up, but that's not enough evidence of physical fraility to convince her.

She'll probably kick like a mule unless presented with a well thought through set of alternatives. (I know I would!)

I don't think we can postpone this chat much longer & I would have thought it has to be face to face. I suspect Dad is closing is eyes to the problem as otherwise he'll have to deal with her (understandable, but) annoyance.
0
«123»