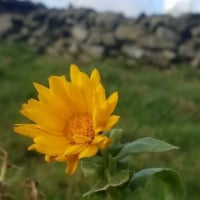 I'm Cheery, been around these parts a long time now and had several DFW diaries over the years, most recently here.

We are two - Mr Cheery and I. We've been together over 12 years now, and last week we moved from the middle of the city to the middle of nowhere. We were snowed in within 24 hours and unable to leave for a week :eek: Quite an introduction to country living :rotfl:

I now have a mortgage for the first time in my life :eek: Mr Cheery had one before, but as it was near the end when I met him, we never added me, and then it got to the end of its 25 year span a few years ago. Now we have a brand new one, and I would like to pay it off as soon as possible

Sadly our building society doesn't have online banking for mortgages (bloody ridiculous) and only sends annual statements, so it looks like I'll be ringing them up every five minutes for a new balance

I would love it if you dropped in occasionally for a nice cup of tea, especially if you brought along some cake