Interesting Changes Afoot to the BPA Code of Practice. 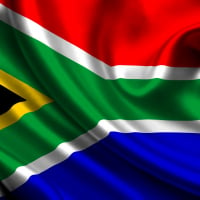 ✭✭✭✭✭
30 April 2017 at 9:35PM in Parking Tickets, Fines & Parking
Whether these are in anticipation of the DCLG consultation results, or as an attempt to head them off, or maybe they've just been tipped off - time will tell. Some of these changes are interesting.

http://notomob.co.uk/discussions/index.php?topic=6037.0
Please note, we are not a legal advice forum. I personally don't get involved in critiquing court case Defences/Witness Statements, so unable to help on that front. Please don't ask. .
I provide only my personal opinion, it is not a legal opinion, it is simply a personal one. I am not a lawyer.
Give a man a fish, and you feed him for a day; show him how to catch fish, and you feed him for a lifetime.
0

This discussion has been closed.
LATEST NEWS AND DEALS

TSB to shut 70 branches across the UK next year

Here's a full list of sites set to close

Join the No Spend Days Challenge for December

Put yourself to the frugality test