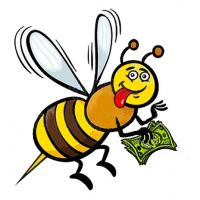 Forumite
29 April 2016 at 9:04PM in Techie Stuff
I'm struggling with a request from a friend in her sixties who doesn't own or want a computer. She needs to replace her faulty Brother MFC-7420 mono laser printer.

All she needs is a standalone printer that will allow her to copy & print A4 documents, and FAX A4 documents. If she can scan to file and copy directly to a USB memory stick, that would also be useful.

She doesn't need colour, and only wants to spend up to £100.

I started off looking at laser printers (her preference), but couldn't find one with a FAX facility within the £100 price range.

I then looked at inkjet AIO printers, but nothing leapt out as a particularly good buy. Some ink cartridges were really expensive.

Can anyone recommend a good, reliable laser or inkjet printer with FAX that she might consider?

Use our trick to extend them