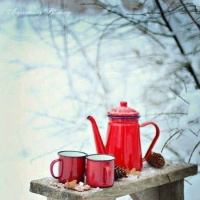 ✭✭✭
16 July 2015 at 4:00PM edited 30 November -1 at 1:00AM in IVA & DRO
So we have been in our IVA since Dec 2010, never missed a payment.
We were asked to apply for a remortgage as we have equity in the house but we couldn't get a remortgage and as it wasn't a claus in our contract we refused to take out a loan.
All of this was accepted in May and it was agreed we would go on to complete a 6th and final year instead.

However, my brother in law passed away very suddenly right at the end of March and my Mother in law just inherited some money.

Our monthly payments are £550.01 so over the next 16 months (taking into consideration that 1st August payment will go ahead as normal) they would get £8,800.16

We have planned to offer £8,900 as a full and final payment (I am very aware this is £100 more than what they would be getting if we completely the full 6 years).

We have a call with PP at 5 and now my husband is having major doubts as he is petrified the creditors could vote us bankrupt instead of accepting the F&F payment.

Because if they could get their hands on our equity they could recoup 100% of what we owe and after these 4.5 years that is still approx 25-30k. (we will have paid back over half of what our total was in the beginning).

So now he is freaking out that we and our 2 year old could be made homeless.

What do we do?? Im so confused. I just want to cry because i thought we might finally be escaping this awful situation.
Everything is always better after a cup of tea
0