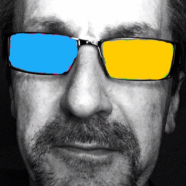 
I was considering October because I believe that means your pension year will thereby run Oct-Sept and equally straddle 2 tax years, which may be useful for tax planning....


Any hints and tips appreciated, thanks
THE NUMBER is how much you need to live comfortably: very IMPORTANT as part 1 of Retirement Planning. (Average response to my thread is £26k pa)
0
«12»

Being made available to more English counties

Incl tips to spot 'em & what to do if you're scammed

Available online and in stores