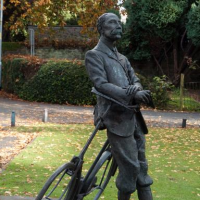 ✭✭✭✭✭
28 April 2014 at 1:00PM edited 30 November -1 at 1:00AM in Greenfingered MoneySaving
Does anyone know if you can get seeds for this plant anywhere or even if it sets seed (not a certainty with mints)?

I really want to do a lawn with it but doing it with plug plants would be prohibitively expensive.
The truth may be out there, but the lies are inside your head. Terry Pratchett

Tesco launches its first ever...

Plus what to do if you're a victim