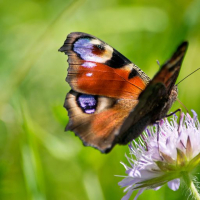 "In an urgent memo obtained by Benefits and Work, the DWP have told staff that due to a growing backlog at Atos all current employment and support allowance (ESA) claimants will be left on the benefit, without further medical checks, until another company can be found to do repeat work capability assessments (WCAs). The memo, dated 20 January, goes on to say that this will reduce the number of claimants moving off ESA, but that there are no plans to inform claimants or MPs about the change.

Benefits and Work obtained the memo from the DWP via a Freedom of Information request. It is headed: ‘FOR URGENT CASCADE. Control of the Referral of Repeat work Capability Assessments’.

The memo explains that back in July a ministerial statement announced that:
“in the drive to continually improve the Work Capability Assessment process and bring down waiting times for claimants, DWP had decided to seek additional capacity to deliver Work Capability Assessments.
“We are working towards having new provision in place – it will of course take some time for that to become fully operational.”

However, the memo goes on to explain that:
“The number of cases currently with Atos Healthcare has grown. A decision has therefore been taken to control the referral of repeat work capability assessments. Therefore, with effect from 20 January 2014, further routine repeat assessments referrals to Atos will be deferred until further notice.
“Controlling the volume of repeat Work Capability Assessments should help us to reduce delays for new claimants and those that have already been referred.”

The memo goes on to say that staff must still refer claimants for reassessment where there has been a reported change in condition, giving the example of a claimant placed in the Work Related Activity Group whose condition worsens and who might be expected to move into the Support Group.

Aside from this, however, reassessment of existing claimants is to end until further notice, with no new cases being referred to Atos from 20th January.

The memo is keen to point out that the decision to stop repeat assessments by Atos is not ‘linked to the quality issues outlined in July 2013’ which the DWP ‘has been working closely with Atos to resolve’. It also reassures readers that the change will have no impact on Atos’ ability to carry out personal independence payment assessments.

It does, however, admit that the result of the change is that the number of people coming off ESA each month will reduce because:
“the Work Capability Assessment is the main trigger for off-flows from the Employment and Support Allowance load. We will continue to assess the potential for alternative interventions on those whose repeat Work Capability Assessments are deferred to seek to manage this consequence.”

No details of what those ‘alternative interventions’ might be is given.

It is clear, however, that the DWP is not keen for people to be aware of the ever more disastrous state of medical assessments for benefits by Atos. The memo explains that claimants who enquire about when their next WCA will be, should only be told that:

“Although the Department will periodically review a person’s Limited Capability for Work, there is no set date for this to happen.

“The timing of this review is at the discretion of the Decision Maker acting on behalf of the Secretary of State and is influenced by the evidence available to them, which can mean on occasion longer periods between face to face assessments. “

In addition, the memo explains that as this is simply an ‘operational decision’ and not a ‘policy change’ there are no plans to notify ‘external stakeholders such as claimants, claimant representative groups, Members of Parliament, etc.’

It is hard to imagine that IDS and his fellow DWP ministers believed that they could keep this further Atos-related failure secret for long: you can’t stop reassessing thousands of claimants a week without anyone noticing. If, however, they could have kept it secret at least until they found a new company to take on the repeat assessments, it would have been easier to explain away and not added to the ever mounting pressure for a complete overhaul of the WCA.

As it is, this news is simply further proof that the WCA is not fit for purpose, because as soon as the DWP attempts to impose proper quality controls a massive backlog results. It is, we hope, another nail in the coffin of a completely discredited system.

And, for all those claimants with static or degenerative conditions who continue to be forced to undergo repeat assessments, often followed by repeat appeals, on an annual basis, the news will come as a welcome respite".

You can tell a lot about a woman by her hands..........for instance, if they are placed around your throat, she's probably slightly upset.