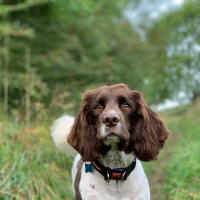 Short(ish) version of a long story is that Hubby and I took out a mortgage with Abbey National in 2001, and we were advised to take out PPI which I believed to be unemployment and sickness cover which would pay out the monthly mortgage amount for 6 months should the need arise, and a plan for death or critical illness which would pay the whole mortgage off should either occur. We borrowed more on the mortgage in 2008 and increased the amount we paid monthly to cover new mortgage amount.

Fast forward to June this year and Hubby had an accident resulting in a severe brain injury and a 2 month hospital stay, for which he has been left with long term memory problems amongst other things. I phoned the PPI companies and firstly made a claim on the Critical illness cover. 6 months later they have still not made a decision of whether his injuries 'meet their criteria'! (Does anyone know how long they have to do this and if they say no, do I have a claim for mis-selling as at the time OH was a motorbike salesman and we were convinced we should have it as it was a dangerous passtime and could result in injury. That's exactly what happened but now they are 'unsure if this type of injury is covered'.)
I then found that the other cover was unemployment only, not sickness so I was not able to claim. (Was this mis-sold as I was led to believe it was both?).

Yesterday we found out that his employment will now be terminated due to 'reduced capabilities' (even though he is still off on the sick) so I called to make a claim on the unemployment cover part of the PPI and have been told this is not valid as he is not fit to look for other work at the moment (He wont be signed off until at least March). This then renders the policy useless and I might as well cancel, but would we be entitled to claim any of it back?