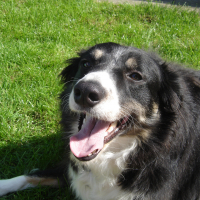 ✭✭✭✭✭
11 March 2006 at 4:26PM edited 30 November -1 at 1:00AM in Child Support
My OH has a daughter from a previous relationship born in 1997. Due to issues with her mother, he has never been allowed to see his daughter or make contact with her, although he did get some photo's of her as a baby. He has paid maintenance through the CSA for her since birth. He lost contact with his ex years ago and has no idea where they are living now.

He's got a letter from the CSA today which states liability for his daughter ended on the 15/04/04 so no further maintenance is payable. It simply states the reason as:

The other parent no longer has the qualifying child living with them.


He's phoned the CSA but nobody is able to help him today. Can anyone advise what this statement means and how he can find out where his daughter is now?
Here I go again on my own....
0
«12»