Undertaxed - think my last P60 was wrong. What can/should I do? 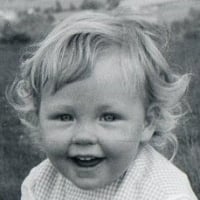 ✭✭✭✭
30 August 2008 at 12:08AM edited 30 November -1 at 1:00AM in Cutting Tax
I'm not sure this is the right board for this as it's not about cutting tax, but it's the only place I could find that appeared to have questions relating to the Inland Revenue

My income last year was slightly complicated, and the IR wrote to say I'd underpaid -- and on receiving that I immediately phoned to say I thought they'd calculated wrong (and in my favour -- they reckoned I'd not paid tax on £600+, but I reckoned it was twice that). They told me that if I still though it was wrong once I had all the paperwork I needed (this was before I got my P60 and a P45 relating to Incapactity Benefit) I should send them copies of it all with a letter explaining my thoughts and they'd look at it.

It's not that I like paying tax -- but I'd rather it's sorted now than they catch up with me in a few years.....


Anyway my P60 (and P45) arrived way back when, but due to health issues I didn't do more than a cursory check of the P60 -- which normally entails checking the figures on it match my last pay slip. The fact I didn't spot anything weird then makes me think it must do -- though I can't find it today (busy hunting for it, but taking the odd break to retain my sanity).

So I pulled out my last pay slip (I've got my payslips for the year, but only 'cos I didn't file them as I was using them for other problems with work underpaying me for a couple of months after I returned from sick leave) and almost immediately spotted that the taxable pay on it is considerably lower (by £1200ish) than I told tax credits when I calculated the figures myself.

I've figured out what work have done to get the wrong figure, but I'm not sure where I stand -- or whether I can even get my P60 corrected, which will mean they'll have to re-do them for everyone in my office as everyone will be in the same boat as me (won't make me terribly popular!).

My P60 doesn't include the Incapacity Benefit I received last year (which is why the tax office reckon I've underpaid as I returned to work too late in the tax year to get my tax code changed on the payroll system) -- but that's not a problem.

However, my office was TUPE'd to a new employer in May 2007 -- and this is what's caused the problem. We were paid by Employer 1 early in May, and the pay slip from Employer 2 at the end of May includes the payment from Employer 1 in the 'year to date' figures -- which is fine, except Employer 1 overpaid me and had to correct it the second week in May (which hasn't been fed through to Employer 2 -- but this would have resulted in my paying too much tax).

But Employer 1 also owed us some other payments, so we received further 'pay slips' from them in June and July -- both of which they deducted tax and NI from, but neither of which appears to have been fed through to Employer 2 as they haven't been included in the 'year to date' figures. (we had a 'normal' salary from Employer 2 at the end of June between these extras)

So the figures on my last payslip don't include the gross figure of around £1,800 from those two extra payments from Employer 1 -- and if I remove these from the calculations I can more or less tally up with what the tax office say I owe them.