OK,that was quick,trousers needed only a swoosh over,blouse had a lot of synthetic stuff,so creases just smoothed away in a flash. But still,5 mins ironing has got my back aching,so I am resting now,talking to all you frugal folks.
Cant keep my mind away from this govt's antics.Bank of England could support the pension funds to the sum of £65 billion pounds.All this mess because they wanted to hand out 3 bn to the richest people. Currency trashed,economy trashed. I'm sure there are loads of forumites who lived through Maggie Thatcher's brutal times. At one point 40000 people a month were losing their homes. And they didnt have an energy crisis like us. Yet people still couldnt find enough money to pay their mortgages. What are they going to do it the nightmare scenarios of today?
I still have vivid memories of some fraught family members. This town was a mining town,no less than 3 pits,employing at least 15000 men. They were enticed into buying NCB houses for a very reasonable amount,aroumd £9000 (!!!). Then the mortgage,around £100 a month began to rise and rise and rise,till they were paying £200 a month.Very tough,lots of pennypinching. Then she closes down the mines,and the steelworks,and the shipyards..Utter devastation which we have never recovered from. . Many many people lost those homes they so proudly signed up to buy. This time wages have been whittled away so much that husband and wife have to work full time just to scrape by. When their mortgage goes up ,added to those high energy billswhich have doubled in a year,plus the food and petrol prices,people are going to really really suffer. Its heartbreaking.

Re: Are we on the return to normality?

The issue is that when mortgage repayments become so high, people with a large debt will stop all unnecessary spending - so the economy suffers and it induces a recession, which helps bring inflation back down. I think 6% base rates could really make a lot of people struggle, and the economy falters as the knock on effects are felt on spending. I don't imagine 6% will be the new norm as we're more indebted now than ever before so interest rate changes have a larger effect on spending than before. We will likely get to 6% and possibly higher for the short term (2023-2024), with gradual falls thereafter to stoke demand to get us out of a (likely deep) recession lasting through to 2024.

Want to win this amazing Halloween bundle? Scroll down to enter our competition for a chance to win this spooky season! ⬇️

2. Tag a friend in the comments below

3. Make sure both you and your tagged friend are following @gingerrayuk

Competition ends Thursday 6th October 2022 at 23:59. Both you and your tagged friend must both be following Ginger Ray on Instagram. Winner will be announced on this thread, and contacted via IG DM - communication will come from the official Ginger Ray account only. This promotion is in no way sponsored, endorsed, administered by, or associated with, Instagram. 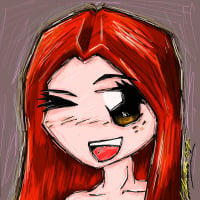 Select the number of Yeokens you wish to exchange for raffle entries to enter the draw.
Yeokens can be collected by purchasing a participating Yeo Valley product, or by winning a runner-up prize on the daily Spin-To-Win game. 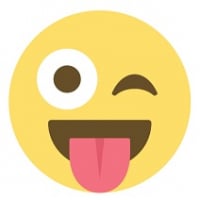 Re: It's getting tough out there. Feeling the pinch?

Spendless said:
but a cone of chips, the smallest size they do was £1.50 earlier this year - it is now £1.80.  Now that's probably still cheap compared to other areas of the country, but even the town centre chippy that I guess pays higher rates was charging less than my local, at £1.10 per cone at the beginning of this year. .

Gosh! We're doing well here in Liverpool! A small portion of chips which I think most could share is £1.60 and a large which could serve two big portions is £1.80!

Our local cone of chips is £2.63! Although we are a tourist town this chippy is nowhere ner the tourist trail. The one that is supposed to be the best in town is £4.

Re: It's getting tough out there. Feeling the pinch?

Spendless said:
but a cone of chips, the smallest size they do was £1.50 earlier this year - it is now £1.80.  Now that's probably still cheap compared to other areas of the country, but even the town centre chippy that I guess pays higher rates was charging less than my local, at £1.10 per cone at the beginning of this year. .

Gosh! We're doing well here in Liverpool! A small portion of chips which I think most could share is £1.60 and a large which could serve two big portions is £1.80! 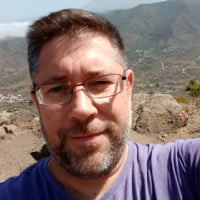 Re: NST September 2022 Picture yourself on a boat on a canal

https://forums.moneysavingexpert.com/discussion/6389560/nst-october-2022-autumn-leaves-and-sloe-berries/p1?new=1
In case you missed it!! 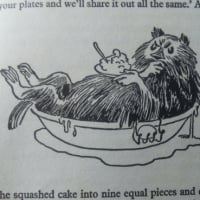 Re: Things can only get better

Parkyp said:
Oh I remember my sons’s first holiday I was worried sick.
I wonder what type of bird has the strength to knock over a tub 🤣🤣.

A “proper” bird according to Mr SA 🤣

My DD went to Turkey for a 2 week holiday, several years ago now, she ended up staying for 3 months and I had to get her a very expensive flight home via Istanbul, the least said the better 😬 At least she didn’t come back married to a Turkish waiter as her friend did. 4 kids later and they are divorced. There for the grace of God … 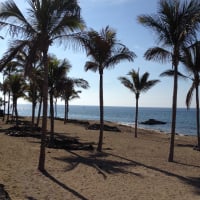 E:03/10 How about a trail running holiday in the Lake District? INTS Gleam.

How about a trail running holiday in the Lake District?

WIN a holiday, treadmill, recovery equipment & much more in our £4000 Giveaway.

My month started from the 24th September this time round and I have done a big shop around a few places and my spend is already £85.14 out of the budget - oops! I have definitely noticed some big price rises in Mr A and the fact that the shelves are incredibly empty - I couldn't get any of the 45p rice this time around. The store was very busy though so that might be the reason.
I have very good stores currently so going to try hard to run them down before I do anything other than a top up shop. A few luxuries or non essentials were bought - the small one requested crisps for her pack up (we have just tipped over in too old to qualify for free school meals boohoo) she only has then a couple of times a week and compared to other kids lunches hers could be considered 'boring'  so it's a fair trade - I got the huge 30 bag pack as this will last maybe 3 months. I also ventured to a discount store and purchased some H0rl1cks - we are big fans of a hot drink in the evening and with the colder months approaching and the heating staying off we may appreciate this. The last non essential was some cheap branded chocolate- 3 bars for £1 - this is for me and my weekend treat as I like a bar on a Saturday night whilst watching a film (I live a full life 😀)

What can you (or should you) do?